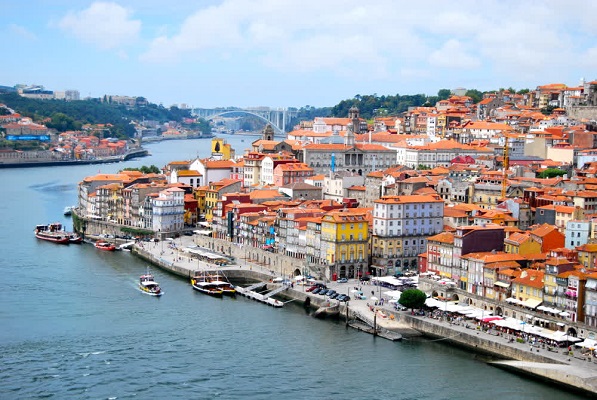 Porto had a reputation for being a closed city with a lot of mystery. Even today, isolation defines it. Porto is not even near the vineyards whose dark and sumptuous “Red Portugal” wines, once inflamed by brandy, made it famous. Those vineyards, the great quintas, are a three-hour drive away and in a very different hot and dry climate. Certainly, the sun shines in Porto, but it rains as well. To this I can testify.

Instead, Porto is a storied commercial centre. Here, English merchants began trading wool 500 years ago. They moved on to wine and the Porto economy was based on coopering, piping, maturing, bottling and shipping it. Nowadays, that economy has expanded to include every imaginable opportunity for drinking it too.

The culture is unique Anglo- Lusitanian. In 1785 the English began to build the Feitoria Inglesa – the English Factory – a Palladian granite swagger of a thing, designed to entertain and to impress. You can arrange a private visit and meet the ghosts of generations of Symingtons, Warres and Sandemans. Their decorous dance cards and menus are on display. “Though forming but a small portion of society, they are tolerably conspicuous,” W H G Kingston, a mystery writer, said of these English in 1844. They existed in a state of adventurous prosperity, untouched by the cosmopolitanism of a capital city. Accents and manners and tastes which evolved at home, remained stationary in Porto.

Modern Porto is still a very old city. It is architecturally spectacular, with six vertiginous bridges (two of them from 1877 and 1887 by Gustave Eiffel and his partner, Theophile Seyrig) spanning the elegantly winding Douro. The grey iron tracery of the Luis I Bridge locates Porto in the Gothic north, but the dominant red pantiled roofs draping the river’s steep banks speak of the south.