Livraria Lello is a living access door to its history: for preserving the building, for maintaining its original function as a bookshop, for the role of ambassadress of culture and for expanding the cultural dynamics of the city. 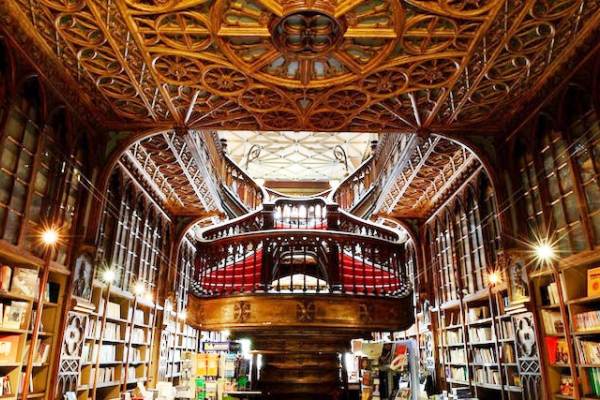 The origins of Livraria Lello take us back to 1881, when the brothers José and António Lello opened in Porto an establishment dedicated to the commerce and edition of books. José Lello, a man of culture, reading enthusiast, book and music lover, dreamed of becoming a bookseller, which came true in 1881. Several years later, his brother, António Lello, also came into this bookseller business.

At this time Lello brothers move the business to Rua do Almada, unaware that the building that would take its name until the next millennium was only a few blocks away.

It’s only in 1894 that José Lello buys Chardron Bookshop with all its exclusive archive. Chardron Bookshop had already made its name in the hands of the French Ernesto Chardron, having published the first editions of iconic works such as those of Eça de Queirós or Camilo Castelo Branco.

On the January 13th of 1906 is inaugurated the Livraria Lello’s building as we know it today, shaped by the magnificent vision of engineer Francisco Xavier Esteves. The inauguration takes place in an environment full of significant political figures, artists, respected bourgeois and city merchants, among which stand out the writer Guerra Junqueiro, the director of O Comércio, Bento Carqueja, the writer Júlio Brandão and Aurélio Paz dos Reis, the pioneer of cinema in Portugal.
A remarkable growth in Oporto tourism during the last years increased, consequently, Livraria Lello’s tourism, this growth led to a new business model of the bookshop visits with the introduction of vouchers, which value can be deductible in books. However, this new business model didn’t deviate Livraria Lello from its true essence: a bookshop of the world in Oporto, open to every literature enthusiasts.

In 2016 and 2017, Livraria Lello embraced the challenge of the building’s refurbishment with the purpose of protecting the bookshop’s heritage, renovating its interior and restoring the façade and stained glass.