Dating from the mid-19th century, Porto's former stock exchange contains a wealth of historic interest. Built on the site of a Franciscan monastery, its sumptuous interior is divided into several rooms and salons, each one singular in its appeal and worthy of close scrutiny. 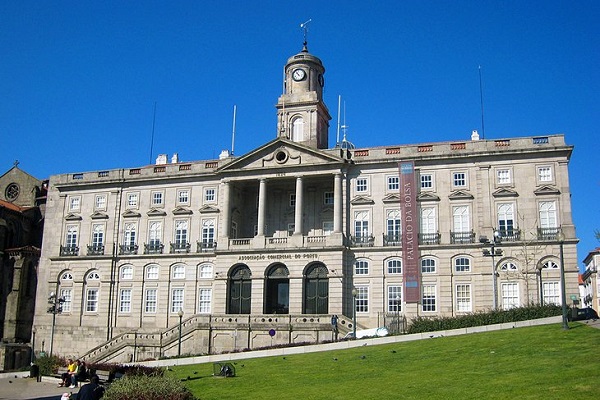 Palácio da Bolsa, headquarters and property of Associação Comercial do Porto, is a neoclassical style building, whose construction started on the 6th October 1842, the day where the first stone was put to place, due to the closure of the stock exchange that obliged the Porto traders to discuss their business on open air.

The 180 years of existence have its origin in the night of the 24th of July of 1832, during the siege of Porto, during which a gigantic fire broke out in the convent of S. Francisco, destroying it almost completely, as only the church, which still exists today, remained. It was upon these ruins of the ancient convent, later donated by D. Maria II, by ministerial dispatch from the 19th of June of 1842, that the traders built the Palácio da Bolsa in order to establish in it the Stock Exchange and the Court of First Instance.

Curiously, in order to prevent eventual financial problems due to the excessive financial burden of the construction itself, the Queen ordered that the Porto Commercial Association would have at its disposal an extraordinary revenue for a period of ten years, over all products circulating the Porto customs.

With a mixture of architectonic styles, the building presents in all its splendour traces of the eighteenth century neoclassical style, Tuscany architecture, as well as, English Neo-Palladian style.